crowdfunding.de: How did you find to crowdfunding and what makes it so fascinating for you?

What is the idea behind the CrowdfundingHub?

CrowdfundingHub is the European Expertise Centre for Alternative and Community Finance. We are a specialized research and consultancy firm and do research and educational projects for governments (European/national/local) and support alternative finance platforms with their strategy and growth and connect them with their peers in other countries and coporates that want to work together with them.

As shown in our reports, Crowdfunding is very different developed in several parts of Europe. The UK is one of the global front-runners with high volumes, good regulations and a healthy eco-system. Overall the European market is highly fragmented, but in a lot of countries Crowdfunding is really getting started. But still in most countries volumes of crowdfunding are far below 1% of funding needs for companies, so a lot still need to be done. US is still waiting for JOBS-act implementation. But even after this is started, (equity) crowdfunding will still be highly restricted and not as open as in Europe. Asia is just getting started. China is the exception with high growth and volumes in P2P-consumer lending, but also with unclarity about regulations and the first cases of massive fraud. That market still need to become more mature.

What can governments do to stimulate crowdfunding?

They could start by creating clarity on regulation regarding crowdfunding. Not only regulations for platforms, but also clarity on taxes. Furthermore promoting crowdfunding by co-investing through existing crowdfunding platform (such as the British Business Bank is doing) helps the industry by not only providing extra liquidity in the market, but also as a quality statement to other investors. A last support opportunity is a tax-incentives. In the UK he SEIS tax incentives gives investors tax incentives for investing in startups through alternative finance.

The CrowdfundingHub published a report about liability risk of cross border crowdfunding. What are the key findings?

The main findings are that cross-border investment in Europe is still complex and that several type of regulation apply. Especially with lending-based crowdfunding a lot of countries have very specific additional regulations. With equity-based crowdfunding this is more harmonized, but even here in some countries (such as Germany) very different adjustments are implemented.

What kind of trends and developments do you see for the next years?

Although we don’t have one Capital Market Union in Europe yet (and full harmonization will most likely never come) we will see more pan-European investment crowdfunding platforms. Because of differences in regulations this will be mergers or cooperation between several platforms. Lending based crowdfunding will be more regulated (EBA) and act as new online banks for consumer and business credit and equity platforms will be more integrated with business angel networks and traditional security exchanges and will be regulated by ESMA. For reward-based crowdfunding a lot of fragmentation will always exist, although here also some pan-European (or global) network will be launched.

Thank you for the interview! 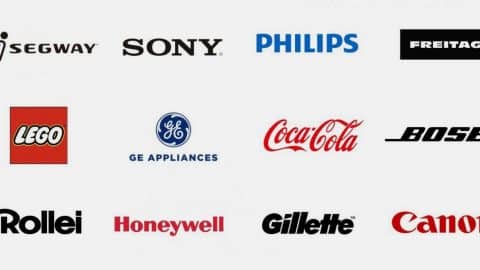 This website uses cookies to improve your experience while you navigate through the website. Out of these cookies, the cookies that are categorized as necessary are stored on your browser as they are essential for the working of basic functionalities of the website. We also use third-party cookies that help us analyze and understand how you use this website. These cookies will be stored in your browser only with your consent. You also have the option to opt-out of these cookies. But opting out of some of these cookies may have an effect on your browsing experience.
Necessary Immer aktiviert
Necessary cookies are absolutely essential for the website to function properly. These cookies ensure basic functionalities and security features of the website, anonymously.
Others
Other uncategorized cookies are those that are being analyzed and have not been classified into a category as yet.
Advertisement
Advertisement cookies are used to provide visitors with relevant ads and marketing campaigns. These cookies track visitors across websites and collect information to provide customized ads.
Analytics
Analytical cookies are used to understand how visitors interact with the website. These cookies help provide information on metrics the number of visitors, bounce rate, traffic source, etc.
Functional
Functional cookies help to perform certain functionalities like sharing the content of the website on social media platforms, collect feedbacks, and other third-party features.
Performance
Performance cookies are used to understand and analyze the key performance indexes of the website which helps in delivering a better user experience for the visitors.
Speichern und akzeptieren
Powered by